There have been many moments throughout history which have brought many changes, advancements, and improvements. The Body of Christ is no different. Ever so often, the church goes through a period of transition which adds to the church. Such was the case in 1988 when the Tennessee Fifth Jurisdiction had its genesis. It was in this period of history that the General Board of the Church of God in Christ, Inc. declared that Tennessee was an open state and gave pastors the option to choose which jurisdiction they felt they were best suited for. Overwhelmingly, more than sixty (60) men chose to follow Bishop Samuel Leon Lowe in the newly organized Tennessee Fifth Ecclesiastical Jurisdiction.

The Women Department grew and assisted the jurisdiction in attaining the goals and the vision that God had given to Bishop Lowe. During the first five years, the Tennessee Fifth Jurisdiction experienced phenomenal growth. People were excited about the jurisdiction and the new leader and the people were doing great and wonderful things. It was during this time that the jurisdiction adopted the motto: “An ordinary people, doing extraordinary things in an ordinary way”.

Because of the phenomenal growth of the jurisdiction, the Lord impressed upon Bishop Lowe’s heart to find another building to house the ministries and expansion of the jurisdiction. Being the infant jurisdiction that it was, there were many challenges and obstacles. The Lord gave Bishop Lowe the vision to purchase the property at (The former Baron Hirsh Synagogue) on Vollintine. This proved to be an awesome and tremendous task. The building appraised at an approximate value of more than $2,000,000.00. This was a very momentous task and milestone for this infant jurisdiction. But the Lord was with the Tennessee Fifth Jurisdiction. There was much work to be done on the building and the Lord placed it on the hearts of various men to aide and assist Bishop Lowe in completing the task. The following men worked untiringly to ensure that the work would indeed be completed. They were: Elder John Wesley Arijie, Superintendent Stephen Biddle and Minister Dylan Biddle, Elder Clarence Randle and Brother Clarence Randle, Jr., Elder Samuel Garner, Superintendent Tommie Williams, Superintendent Samuel Maxwell and Dr. T.R. Burnett. These men were instrumental in helping to bring the Bishop’s vision to fruition. The Lord enabled Bishop Lowe and the jurisdiction to purchase the building and burn the mortgage on the building in five (5) years. Glory to God! “And I heard a voice from heaven saying unto me, Write, Blessed are the dead which die in the Lord from henceforth: Yea, saith the Spirit, that they may rest from their labours; and their works do follow them”. – Revelation 14:13

May your works speak for you before Christ Jesus, our Savior. 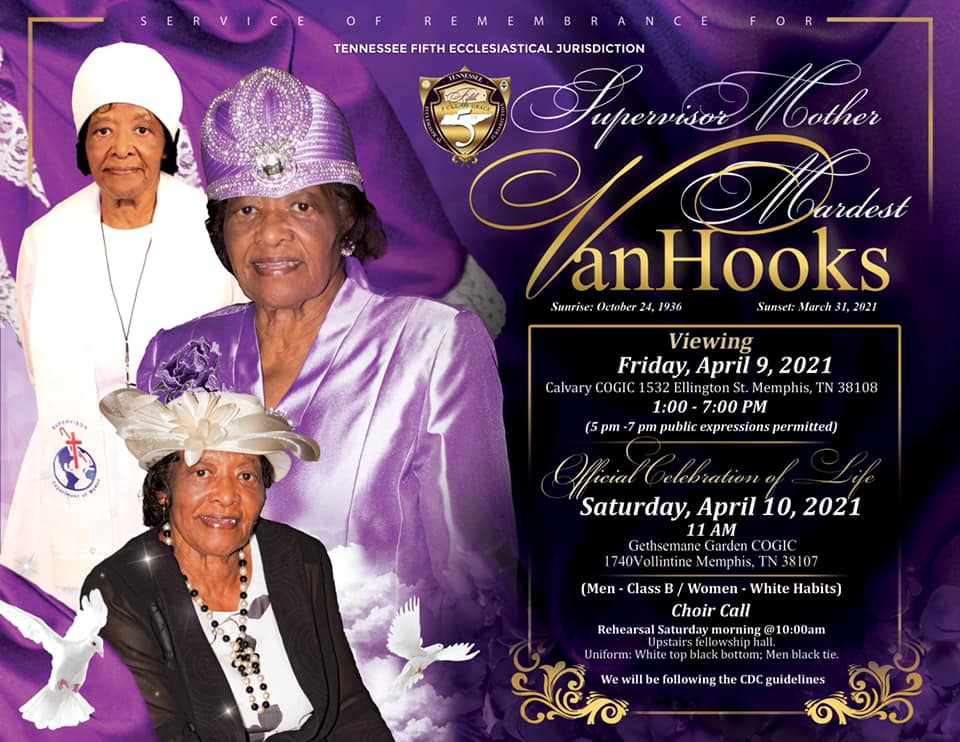